Race 1 of the incredible Rendez-Vous 2017 Tall Ships Regatta is in full swing, after the race start in Torbay yesterday (Wednesday 19 April) afternoon.

The vessels have made steady progress toward WP 1 (Way Point 1) off Ushant, following the light-wind start yesterday. The Bermudan cutter Peter von Danzig (Germany) is in the lead on the water, just six miles ahead of Rona II (UK). Wylde Swan (The Netherlands) is a further five miles behind her, with Jolie Brise (UK) within sight and closing her fast. Jolie Brise is in first place on corrected time (handicap) with the French Naval yacht Hosanna (France) in second place on corrected time.

Race Control is waiting for confirmation from Vera Cruz (Portugal) that she has officially retired from Race 1 and is proceeding directly to the second port of the race, Sines, due to the light winds.

“The wind is forecast is to remain in a favourable easterly direction and to increase gradually over the next couple of days, so the sailing conditions should be ideal for the passage across the Bay of Biscay.” 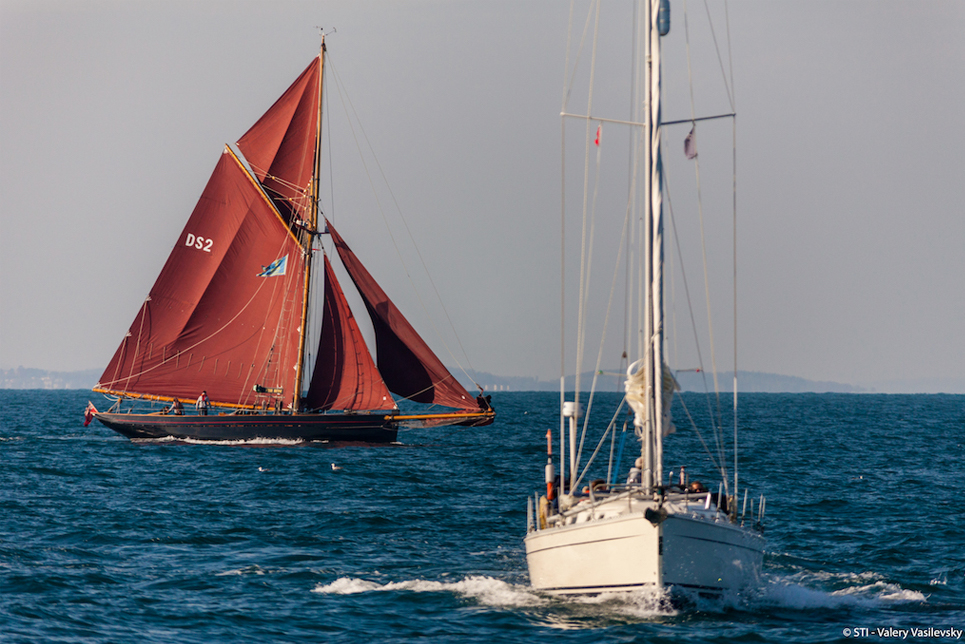 Jolie Brise (UK) and Peter von Danzig (Germany) at the race start of the Rendez-Vous 2017 Tall Ships Regatta in Torbay.

A warm and friendly Portuguese welcomes awaits the Tall Ships fleet in Sines at the end of this prestigious first race leg. The city is known as the “land of discoveries” and is proud to call itself the birthplace of the navigator Vasco da Gama, who discovered the Maritime Way to India. Trainees can expect three fun-packed days of port activities, entertainment and cultural delights when they set foot on dry land again in beautiful Sines. From Sines, the fleet will embark on the incredible first Transatlantic leg of the race to Bermuda, before heading to Boston and the Canadian ports.

Watch the action as it happens and follow the fleet’s progress using YB Satellite Tracking.

Do you want to take part in the adventure of a lifetime? There are still berths available for Race 2 (from Sines to Bermuda) onwards. Why wait? Secure your place today. Check out the available places on our Rendez-Vous 2017 Tall Ships Regatta event pages.

Editor: Positions and placings are correct at time of writing. Check out YB Satellite Tracking for the latest information.