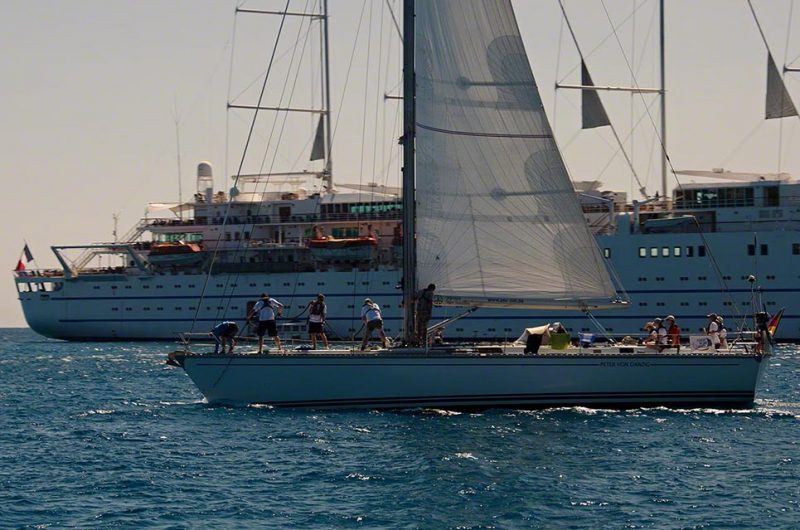 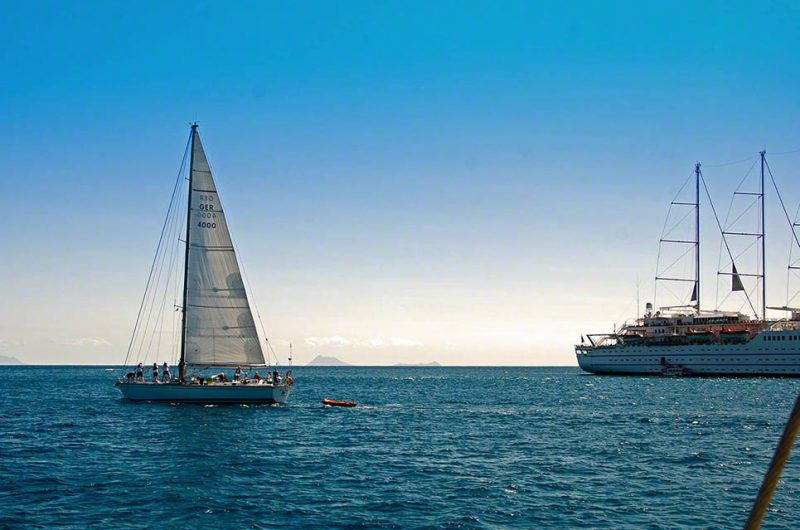 “Peter von Danzig” is a 55ft sloop designed by Georg Nissen and built by Thyssen Nordseewerke in Emden, Germany. He (since 1936 the club refers to his flagship in the male form) is owned and operated by the Akademischer Segler Verein in Kiel (ASV), a student run sailing club affiliated with Kiel University. The mission of the 1910 founded club is to introduce students to blue-water sailing and teach them life-lessons no classroom can provide.

“PvD” is the second club flagship bearing this traditional name. The first “Peter” was built for the 1936 New York to Hamburg race and afterwards participated in many Tall Ships’ Races since the 1960s as well as the first Whitbread Round the World Race in 1972/73.

In 1992 the new “Peter von Danzig” started his life at the ASV making his maiden voyage across the Atlantic during the Columbus Race’ 92. Since then the students from Kiel sailed him in various journeys including the Fastnet Race, multiple North Sea races as well as a cruise to Greenland. In 1996/97 more than 100 students sailed “Peter von Danzig” for more than a year participating in the multiple legs of the Hong Kong Challenge Round the World Race. After sailing in the Tall Ships 2000 to Boston and Halifax, the 2002 Atlantic Rally for Cruisers and the 2003 Newport-Hamburg race, the 2009 Atlantic Challenge is the adventure of a lifetime for a new generation of young students from Kiel.

For more information about the yacht or the club please visit our club’s homepage (see below).

Below deck, Peter von Danzig is optimised for cruising. There are 10 fixed berths available for personal rest. A large, cosy salon provides a common room at sea and in the harbour. And the navigation offers all imaginable contemporary and traditional refinements: sextant, GPS, AIS, weather card fax, short and limit wave, VHF-DSC voice radio.

Trainees on board Peter von Danzig learn offshore sailing. She is 17 meters long and has 12 crew members who work together to sail the oceans. On deck, Peter von Danzig is sailed as a sporting regatta yacht. This means that there are no rolling sails, each sail change is prepared by hand and performed by the team. You can look for electric winches, but you'll use muscle power, just like on professional regattas. Peter von Danzig's sails can be adapted to the wind and wave conditions at all times - there are three different foresails and three different colour spinnakers.
Find your adventure
This site uses cookies: Find out more.