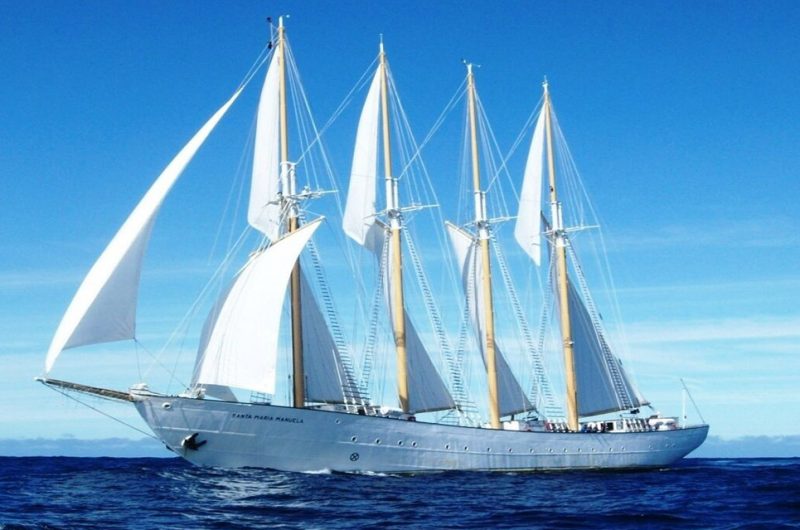 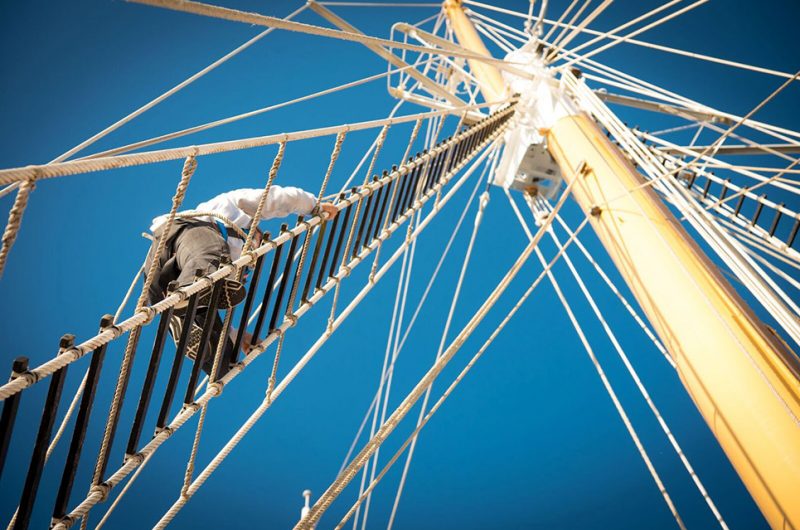 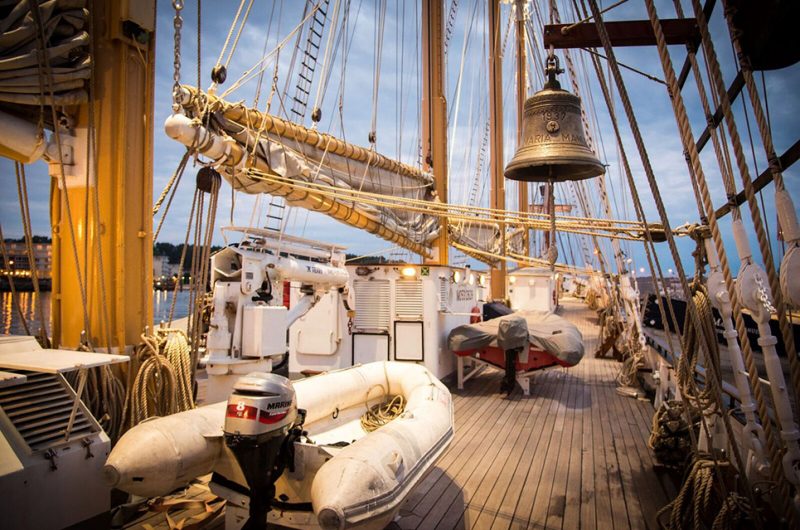 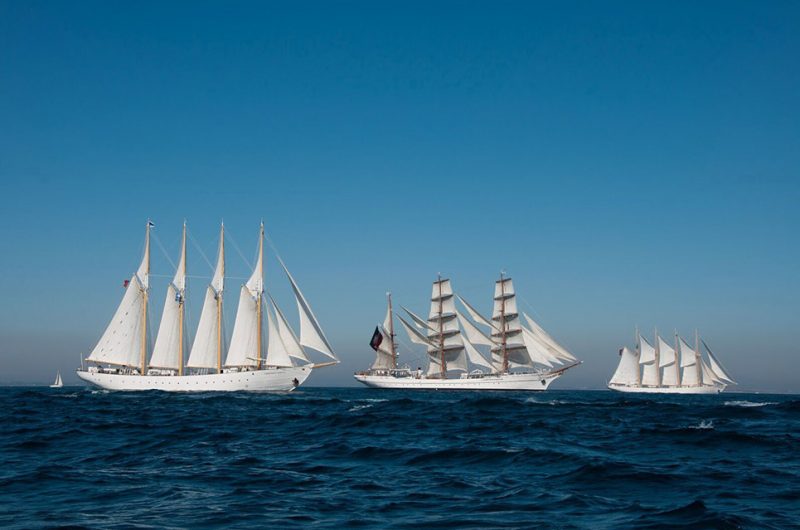 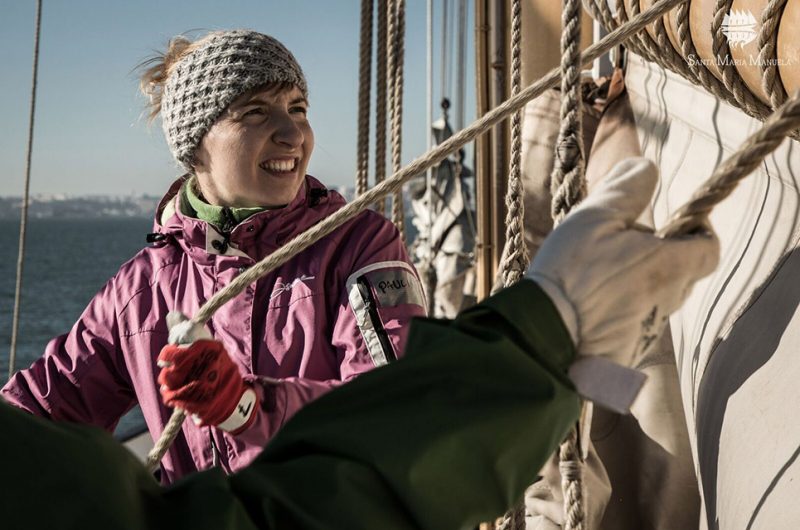 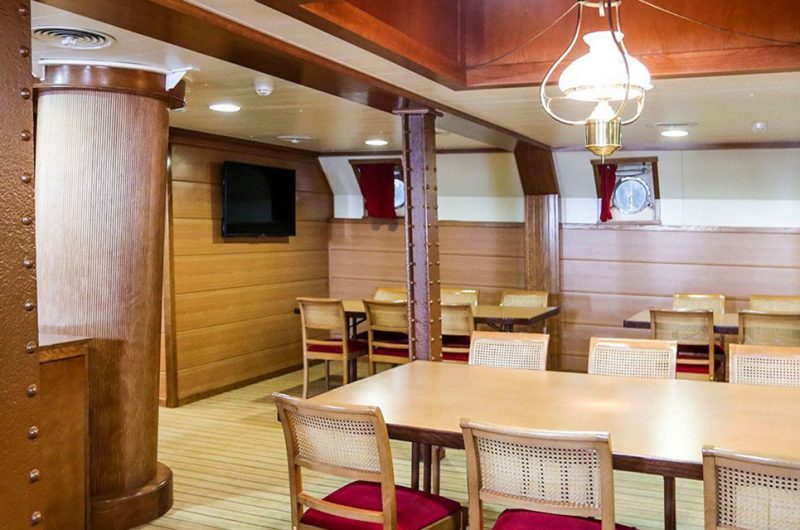 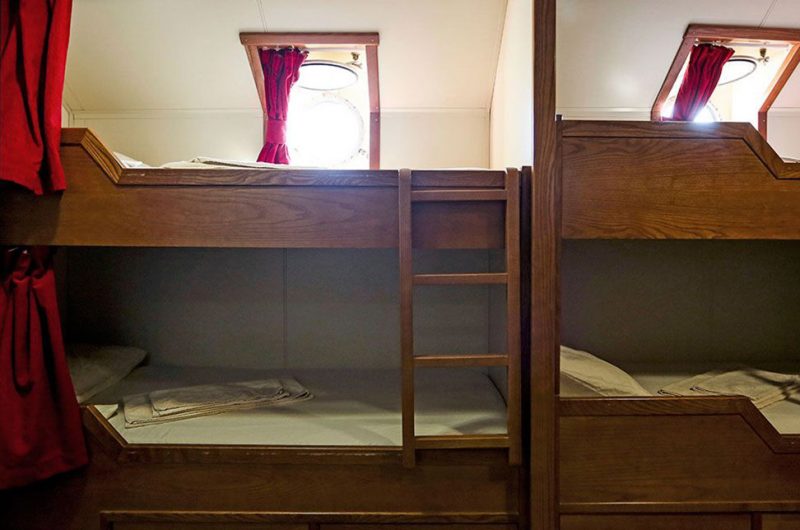 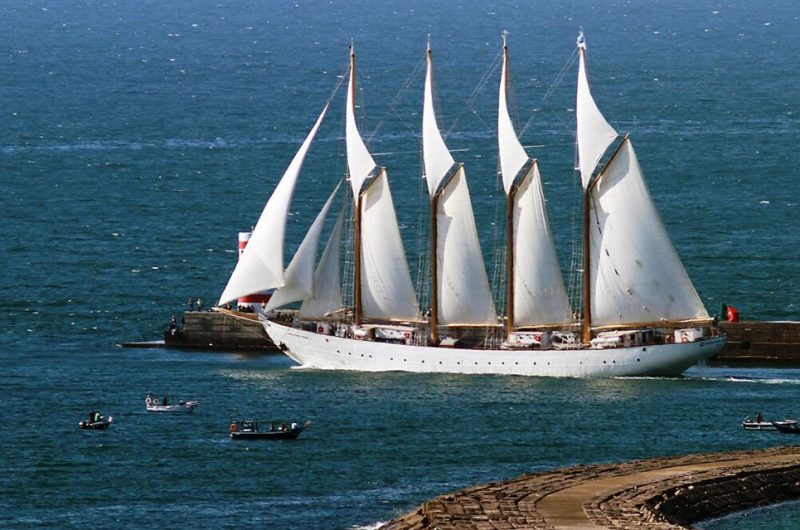 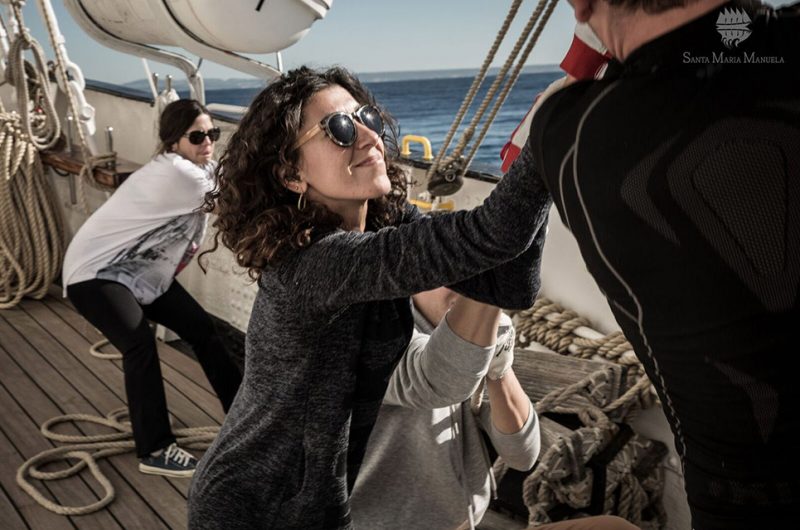 “SANTA MARIA MANUELA” (SMM) is a four masted gaff schooner initially launched in 1937, built by Companhia Uniao Fabril, in Lisbon. She began operating in cod fishing being one of the most beautiful vessels of the so famous Portuguese White Fleet. In 1993, due to obsolescence, she was abated to the fishing fleet, being partially demolished, except the hull that was preserved. Between 2007 and 2010 the ship was rebuilt by fishing group Pascoal and subsequently was taken over by Recheio Cash & Carry, part of the Jeronimo Martins Group.

The farsighted vision of the current owners has created a culture of sail training, expedition, exploration and team development aboard the Santa Maria Manuela. Guest trainees are welcomed aboard as members of the sailing crew and given every opportunity to get personally involved in the sailing of the ship.

The Santa Maria Manuela offers a unique sail training experience on one of the world's few remaining original tall ships. This stunning 68 meter four masted schooner, launched in 1937 as part of the famous Portuguese White Fleet, was designed for cod fishing, crossing the Atlantic each year from Portugal to the Grand Banks of Canada. No previous experience is required to sail with us, just a spirit for adventure, the willingness to work with others, explore and learn. Trainees may be joining as strangers but will leave as friends, standing taller and prouder having worked hard, shared experiences and built a lasting team bond with fellow shipmates. The physical and mental challenges of sailing this historic vessel are balanced against the comfort of private shared cabins, hot showers in en-suite bathrooms, and hard earned meals shared with like-minded people.

Trainees voyaging with us will not only discover the excitement of sailing this unique vessel, but will also make new friends, explore new shores and learn something about themselves and the team they sail with. We invite trainees aboard as members of our crew to share all aspects of the ships life, from sailing to cooking and from passage planning to personal development. It's an experience few will forget. The trainee crew are divided into 4 watches, each with 4 hours on duty and 8 hours off, day and night. Our professional crew aboard, oversee all aspects of the watches to ensure a safe and educational experience. Watches are designed to be fun, engaging and challenging with duties including helming(steering), sail trimming, line handling, lookout, navigation, cooking, and team development games. Life onboard really is about joining in, so we invite you to roll your sleeves up and get involved.
Find your adventure
This site uses cookies: Find out more.