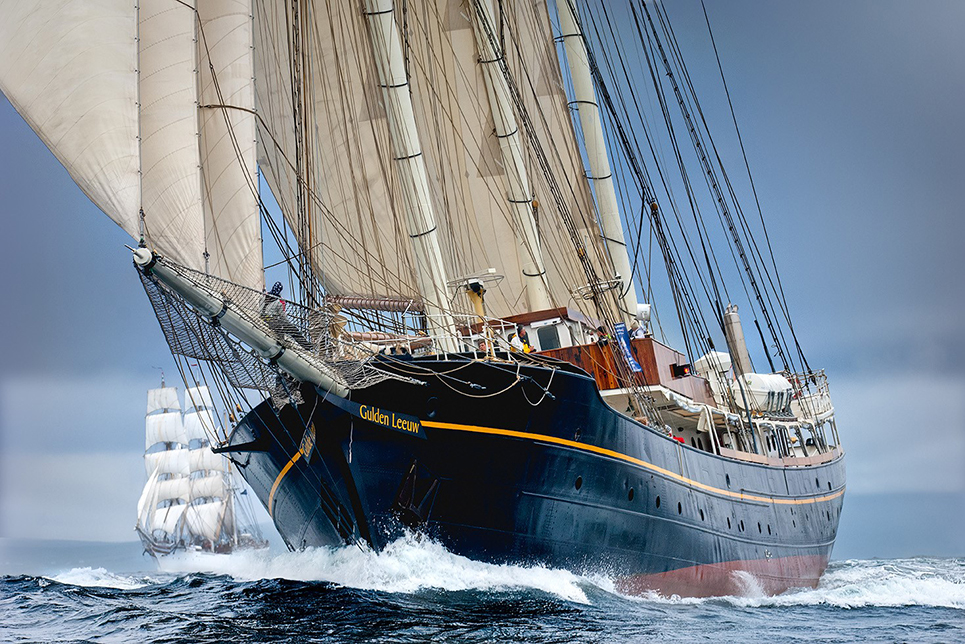 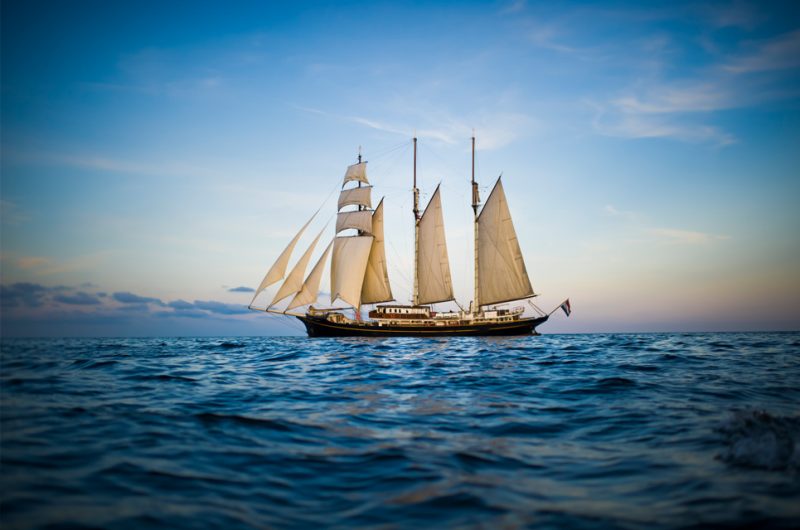 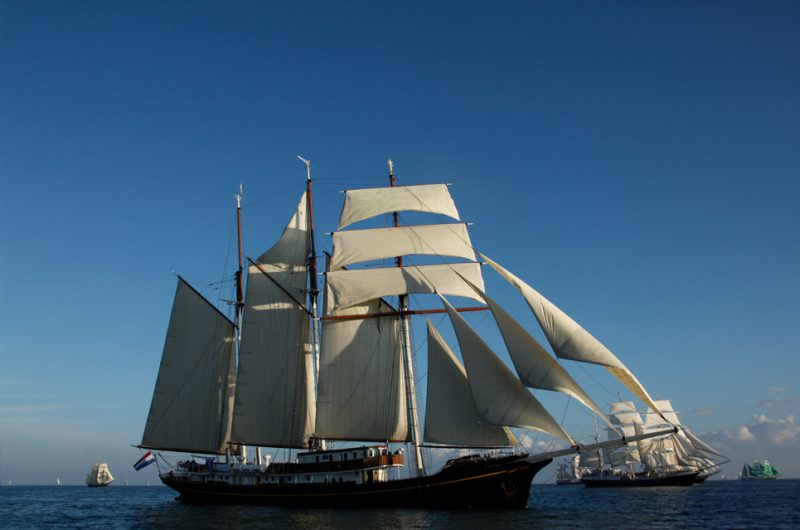 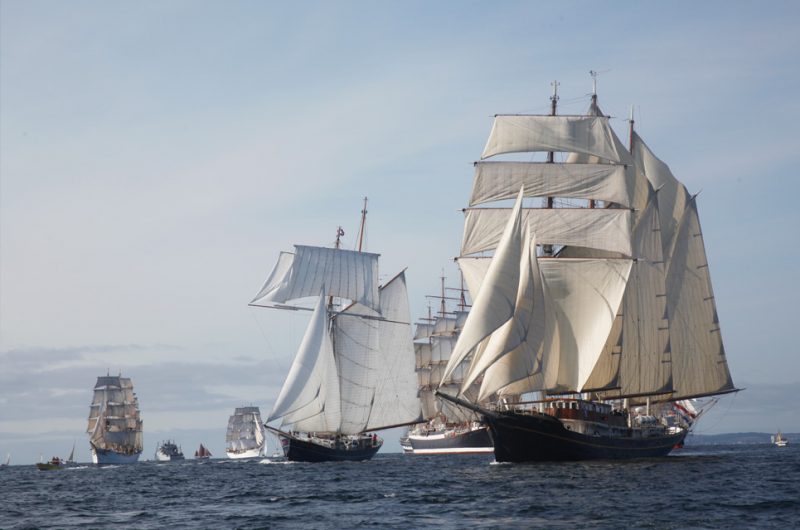 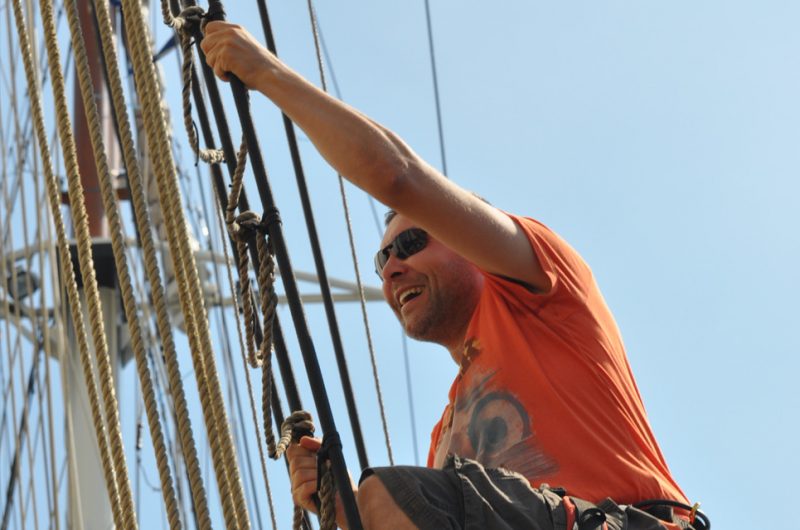 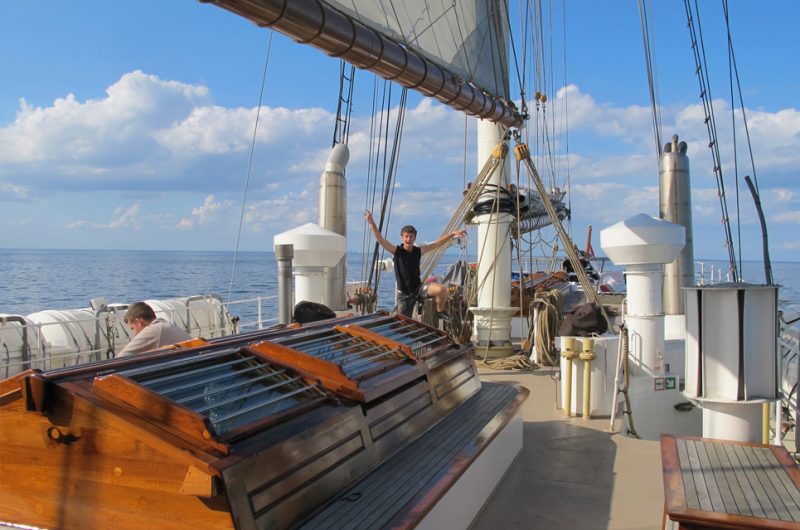 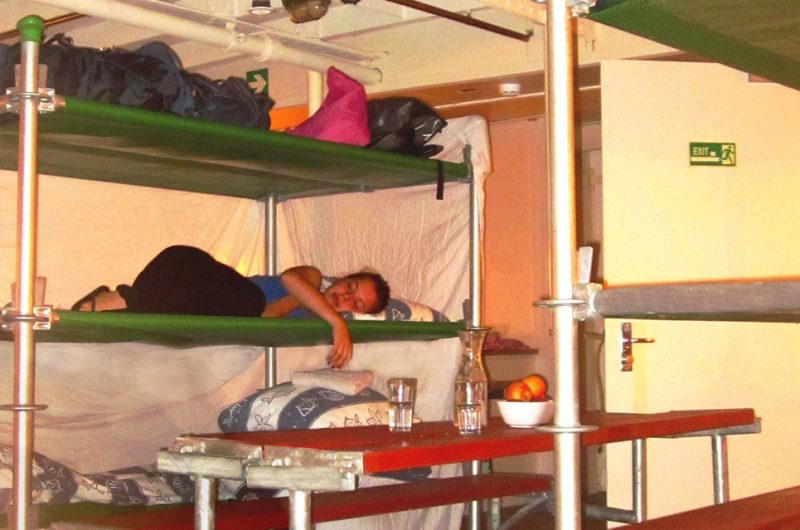 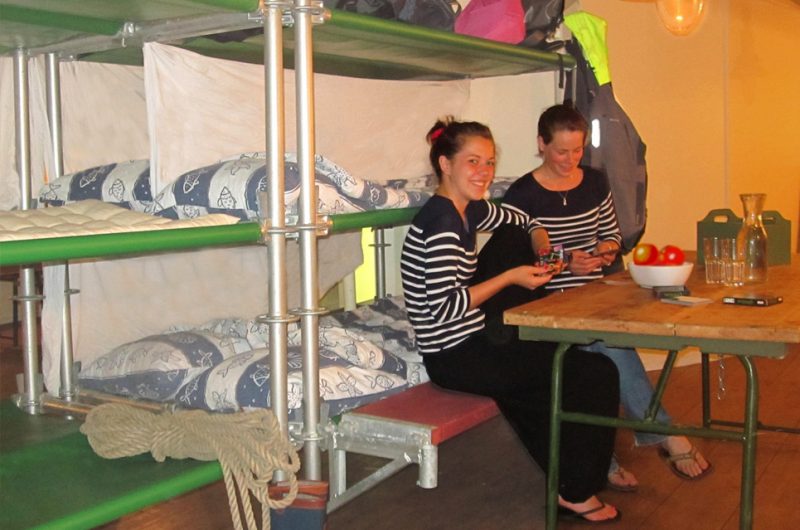 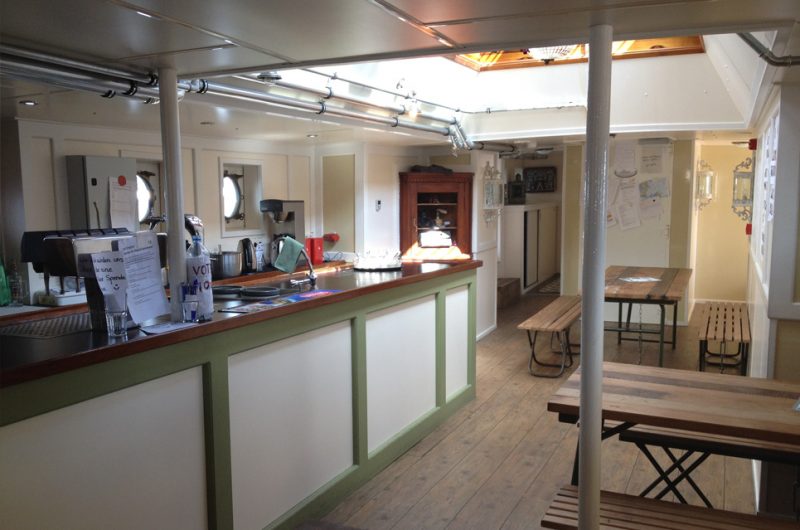 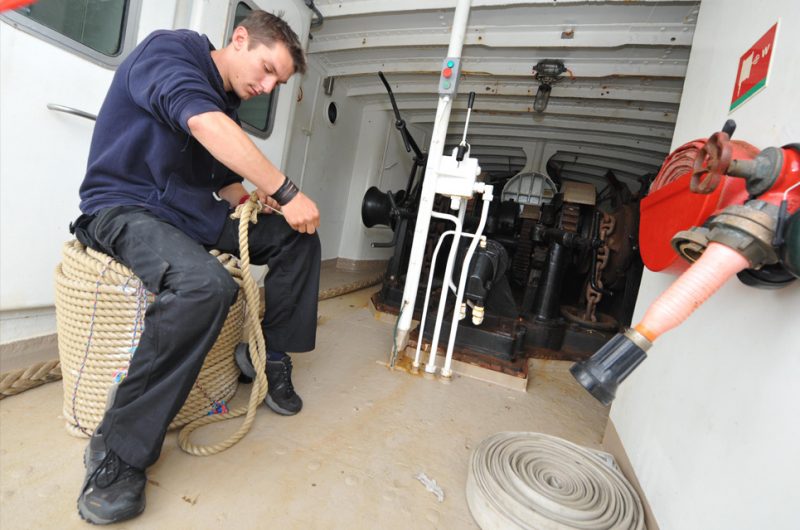 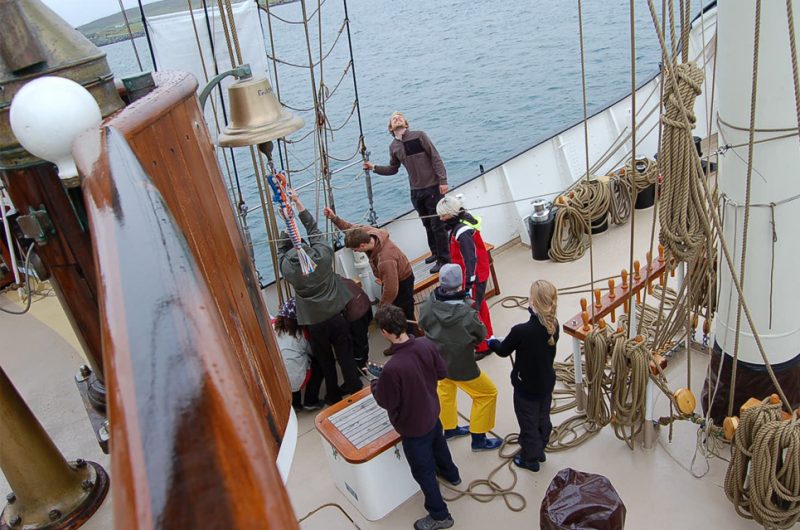 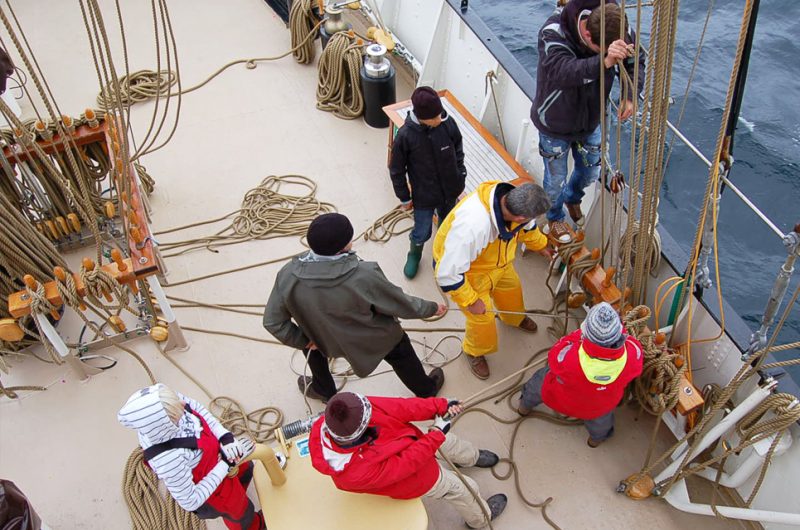 The “Gulden Leeuw” is a big, sturdy sailing ship reminiscent of the 30’s and with the deck layout of a classic yacht.

This ship was built in 1937 on behalf of the Danish Ministry of Agriculture and Fisheries. The DANA was designed and built as an ocean-going ice class ship. During her period of service for the Danish government, she was frequently used for marine biological research, not only in Danish waters but also in international ones. The ship has a rich history. She sailed as a researcher, supplier and even as a training ship for a Danish nautical college.

In the past two years the ship has been converted into a three-masted topsail schooner, so the foremast is also yard-rigged. This very versatile rigging combines the advantages of a square-sailed ship and a fore-and-aft rigged ship.

The “Gulden Leeuw” offers space for up to 200 passengers on day sails and for 56 trainees on longer voyages. We are passionate about sail training and are eager to “show you the ropes”. On board our ship we appreciate team spirit.

The ship has a luxurious flair and is therefore also very suitable for corporate hospitality, seminars and daytrips.

The Gulden Leeuw is one of the world's largest three-mast-topsail schooners, built under architecture, she has perfect sailing abilities. The ship has very high safety standard because of strict Dutch additional safety requirements on top of SOLAS requirements. Our professional crew consists of very well trained and experienced sailors which hold all required certificates. The (deck) layout of the Gulden Leeuw guarantees a safe learning environment. The Gulden Leeuw was built with the function of sail training in mind. We are passionate about sail training and are eager to "show you the ropes." As soon as you step on board we consider you as "one of the crew." On board our ship, we appreciate team spirit and an open atmosphere. Sailing is great! We also understand that you are there to meet others, see the world and have fun. We get that. You are very welcome to join us and become part of the team.

The ultimate goal is for the trainees to take over the ship. Therefore, everything is done by the trainees – from watch keeping to cleaning the deck. We believe it should be your vessel and your challenge. Our program makes it possible to find out what you like and where your qualities and personal challenges lie. Throughout the course of the journey, the trainees are provided with a sense of seafaring tradition and values, which are indispensable for life on board and within a close community. The group on board is an independent community, almost like a small town in terms of the challenges that it faces, which cannot be ignored and must be overcome. In doing so, personal commitment is promoted and reinforced. Due to the small size of the team in comparison to those on board large freight vessels, the trainees are able to assist in every area on board – from the ship’s management, right through to route planning. Learning by doing is what we do. Depending on the duration of a trip, it is also possible to go into further detail in some areas. Here, a primary focus is on training and encouraging the aspects of community and team-spirit.
Find your adventure
This site uses cookies: Find out more.