At the Halmstad International Sail Training and Tall Ships Conference 2016, the annual awards for significant sail training achievement were presented to a diverse and international group of people, vessels and ports – who have all made the sail training world a better place.

And the winners are… 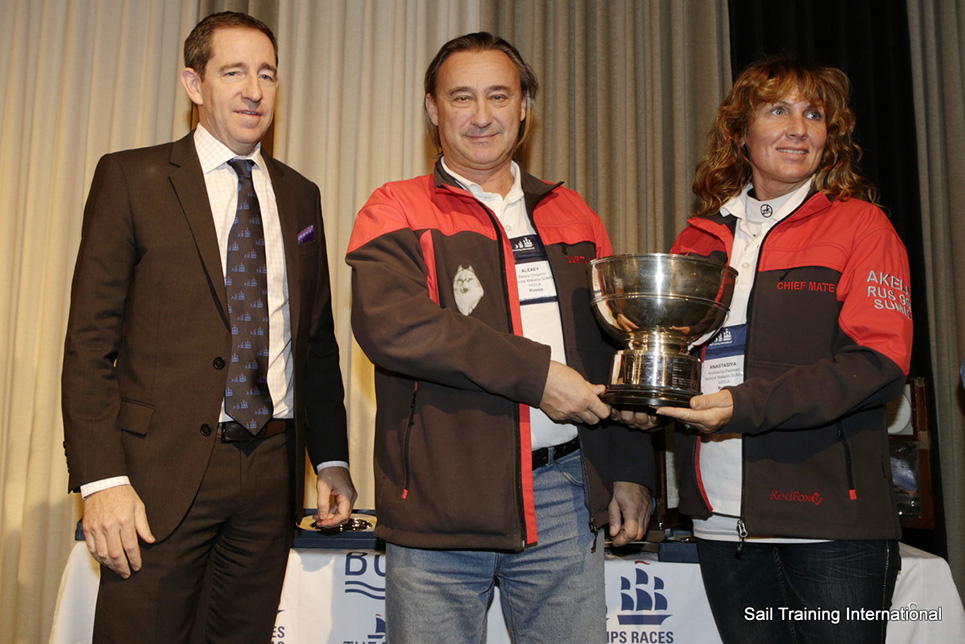 Awarded to the vessel that in the opinion of the Race Management Team, volunteers, directors and Trustees, has shown great loyalty towards the Tall Ships Races over many years. 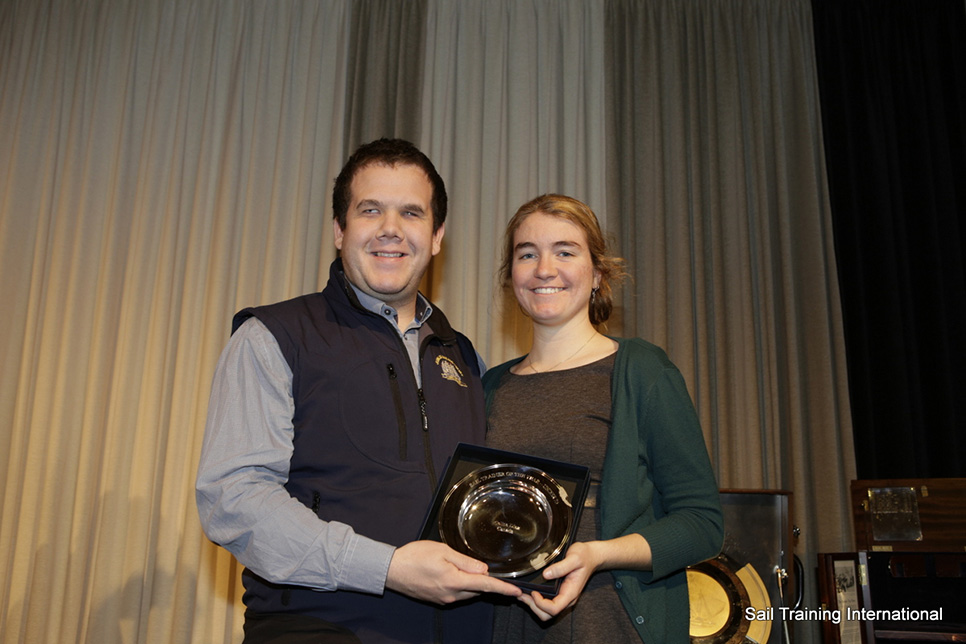 Awarded to a professional sail trainer under 26 to encourage high-performing individuals who deliver sail training to young people.

2016’s Young Sail Trainer of the Year goes to an AB who sail aboard Sorlandet and has also sailed aboard Danmark. She came to the vessel with a wealth of knowledge about the ship and the needs of the World Academy programme.

She offered invaluable emotional support to new trainees coping with seasickness and homesickness, and was able to create a fun and supportive learning environment. She has a clear way of explaining things, and shows great foresight. Students and volunteers working under her wing learn not just maritime skills, but also leadership, and how to be a good shipmate. 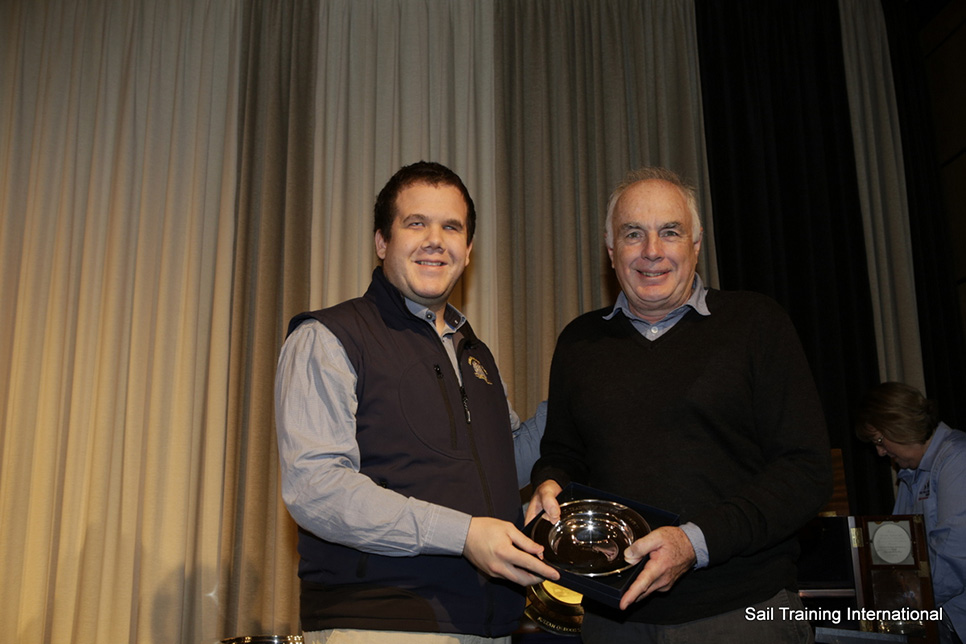 Sail Trainer of the Year (Volunteer, Under 25): Rachel Norrie (Australia) (23)

Sail TRAiner of the Year (Volunteer, under 25): RACHEL NORRIE (AUSTRALIA) (23)

Awarded to a sail training volunteer under 26 to encourage high-performing individuals who deliver sail training to young people.

Rachel is 23 years old, and joined Leeuwin II as a volunteer two years ago. She trained and earned her first rating as Bosun’s Mate the first year. She has been a volunteer ever since, and put her studies on hold to pursue a career in the maritime industry.

She received a scholarship from the Western Australian Department for Training and Workforce Development as part of a programme to support women in non-traditional industries. In 2016, Rachel was chosen as one of three cadets as part of the Woodside Leeuwin Marine Career Pathway Programme, which enabled her to complete her Masters and her MED2 qualifications.

Rachel is a multi-skilled, dedicated and well-liked volunteer, and also puts in many hours on board during the refit period. As she cannot be here today, please would Steve Moss, Country Representative for Sail Training International in Australia. 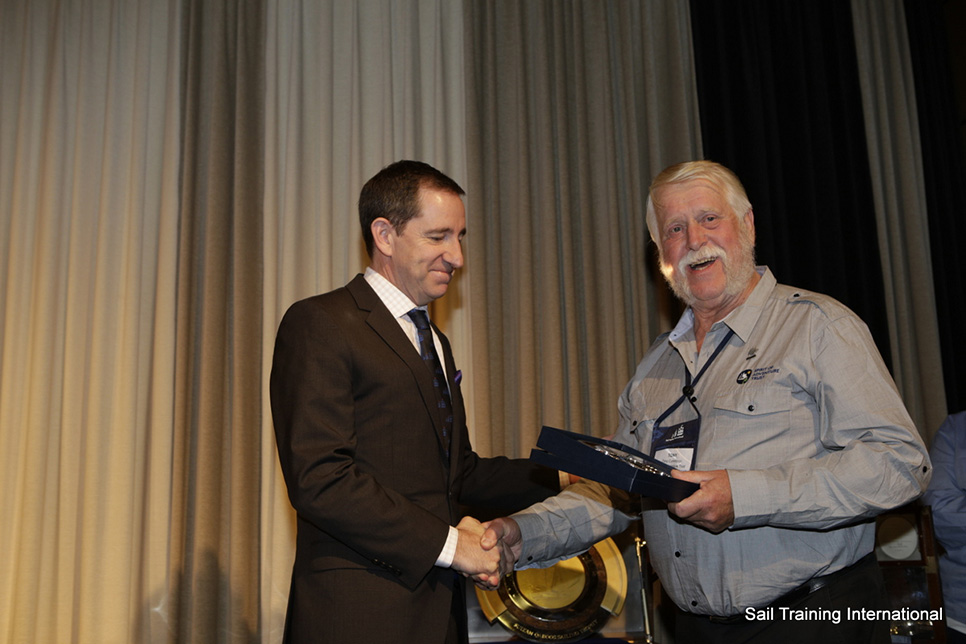 Tony is a volunteer watch assistant, relief mate and port contact with Spirit of New Zealand. He joined her in the early 1990s for a weekend, and his enthusiasm has never flagged. Whenever the Trust’s two ships were in his home of Dunedin, Tony was there, often with his wife, providing meals, assisting departing and incoming trainees, arranging transport, helping with publicity, maintenance, and joining the crew for day sails.

As the vessel’s home port is Auckland, joining her often means a 3-4 hour flight. His voyage record is unequalled by any volunteer in the Spirit of Adventure Trust’s 43-year history 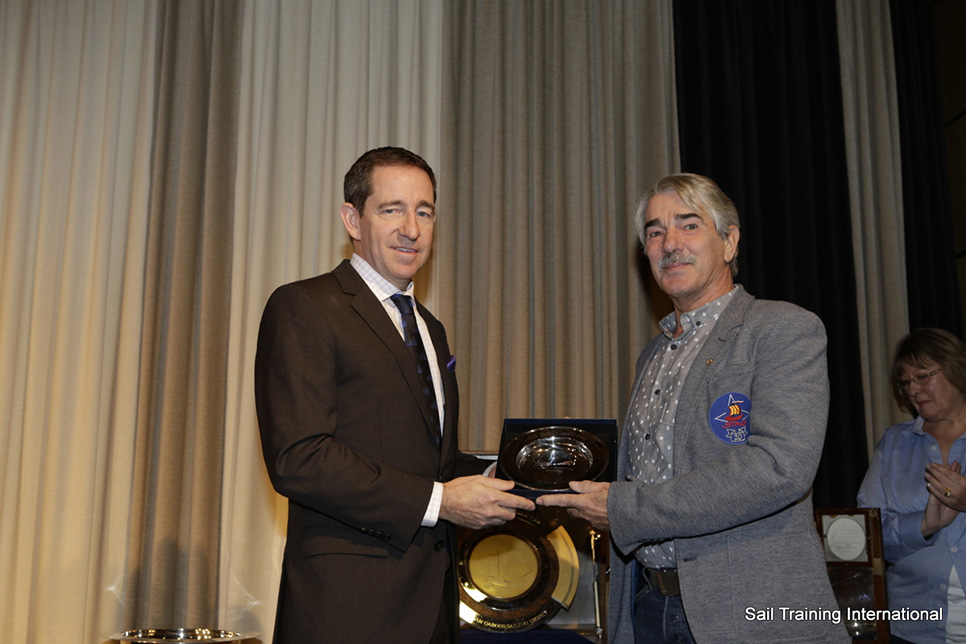 Sail Trainer of the Year (Professional, Over 25): Ulrich Komorowski, (Germany)

Sail Trainer of the Year (professional, over 25): ulrich komorowski, (GERMany)

Ulrich has sailed with Roald Amudsen since 2000, and as a master since 2004. He additionally contributes to her conservation and operation, and acts as technical inspector and co-ordinator during dockyard time. On his initiative, a German-Russian youth project was successfully launched this summer, with 64 trainees between the ages of 16-26, boarding Roald Amudsen in Kiel, and sailing together to Stockholm.

He organised visas and harbour permits, and daily reports and instructions were delivered bilingually. Due to its success in enhancing a mutual feeling of community, culture, education and friendship, it is planned to continue in 2017. 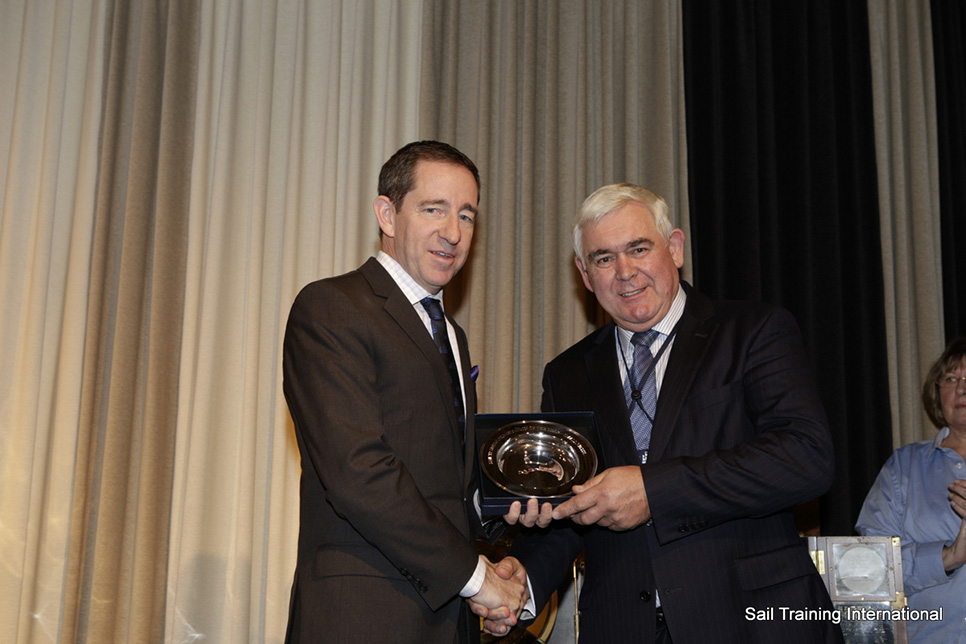 Awarded to a sail training organisation, operating smaller vessels, that demonstrates excellence in “innovation” and “best practice” in sail training for young people.

The Safe Haven Ireland project was launched in 2015 and involved trainees from Syria, South Africa, Democratic Republic of Congo, Pakistan, Mauritius, Brazil, Afghanistan, and Poland… as well as Ireland.

Each voyage has a mixture of participants aged 15-25 from different backgrounds, including ethnic minority backgrounds, prioritising those who have experienced the asylum system in Ireland. Places are also offered to Irish national participants, often from inner city areas, who would not otherwise have this kind of opportunity. All the places are fully funded but the participants are asked to contribute €50 to support future voyages. 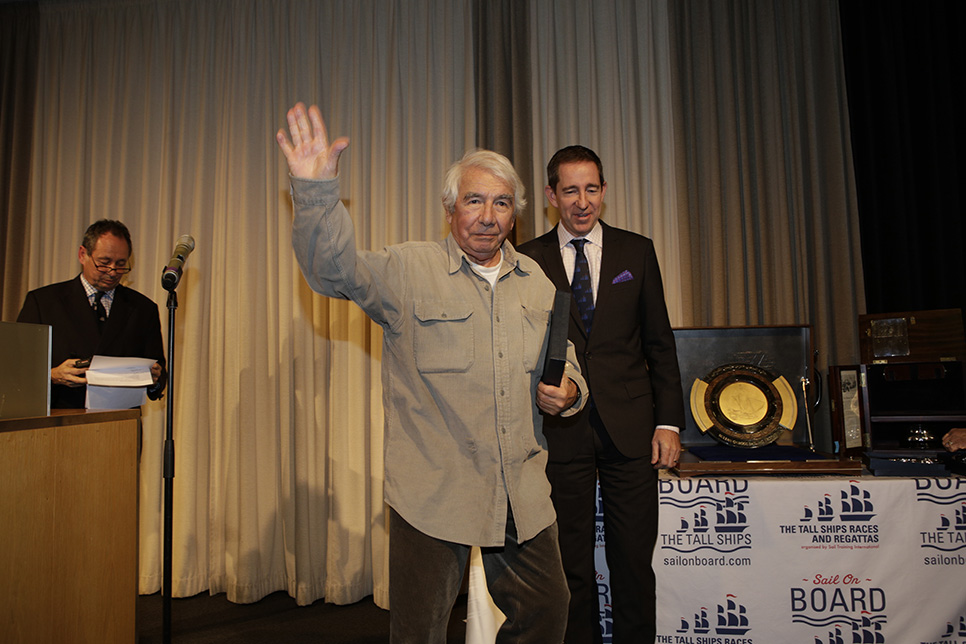 Pogoria was launched in 1980. She was built on the initiative of Cpt. Krzysztof Baranowski, who saw her purpose as offering young people aged 15-16 an adventure under sail combined with the regular school curriculum.

On 1 September 1983 Captain Baranowski met officers, teachers and 30 students taking part in an experimental educational event, “Class Afloat.” They sailed from Gdynia to the Mediterranean, through the Suez Canal to India and Sri Lanka, then around Africa and back to Europe.

To be enrolled, trainees don’t pay any money but they do voluntary work for the whole year. As well as the academic subjects, the Trainees learn discipline, punctuality, team work, time planning, taking responsibility, and to believe in their own abilities. Strong bonds connect the alumni. Many return as teachers, officers and instructors.

Since 2012, Cpt. Krys Grubecki has been in command, an alumnus of that first Class Afloat to India. 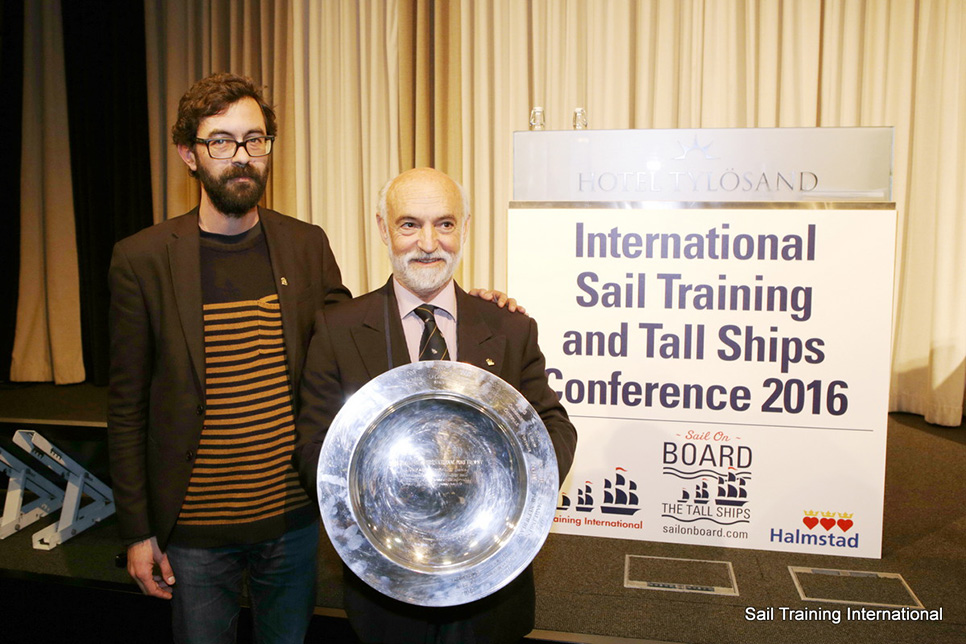 Awarded to the port that has recruited the greatest number of trainees during the Tall Ships Races.

The 2016 Tall Ships race series host ports did a great job recruiting a large number of trainees. The winning port, Aporvela, had an excellent trainee recruitment campaign that provided 379 (plus 43 for the Cruise-in-Company) young people from all backgrounds, to experience the exciting adventure of being a crew on a Tall Ship. 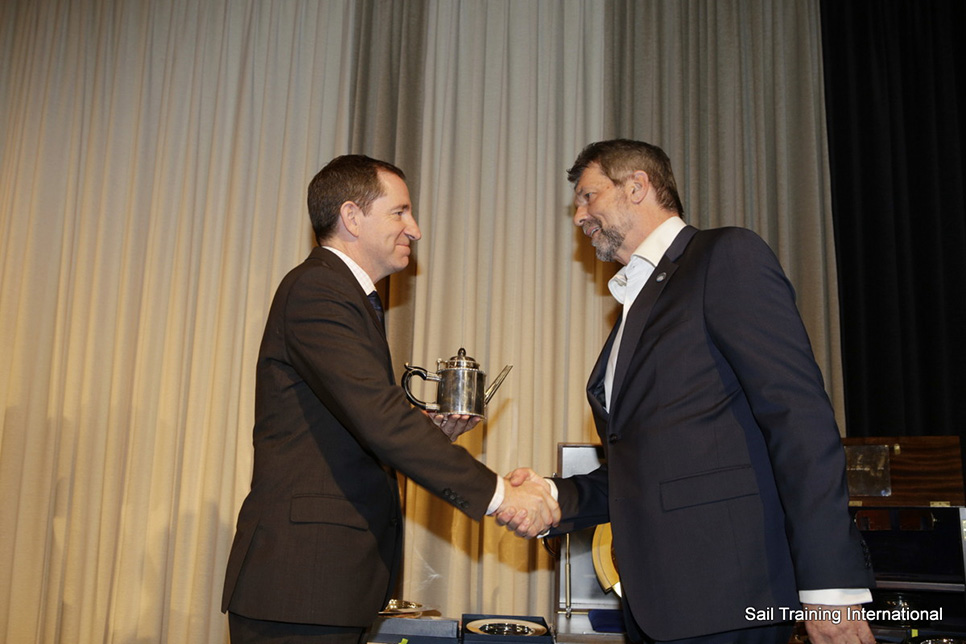 Awarded to the ship which, at any time between 1 October and 30 September, covers the greatest distance in any period of 124 hours, which is 5 days and 4 hours with a sail training crew on board.

Statsraad Lemkhul covered 1,263 Nautical Miles whilst sailing in the mid-Atlantic in November 2015. 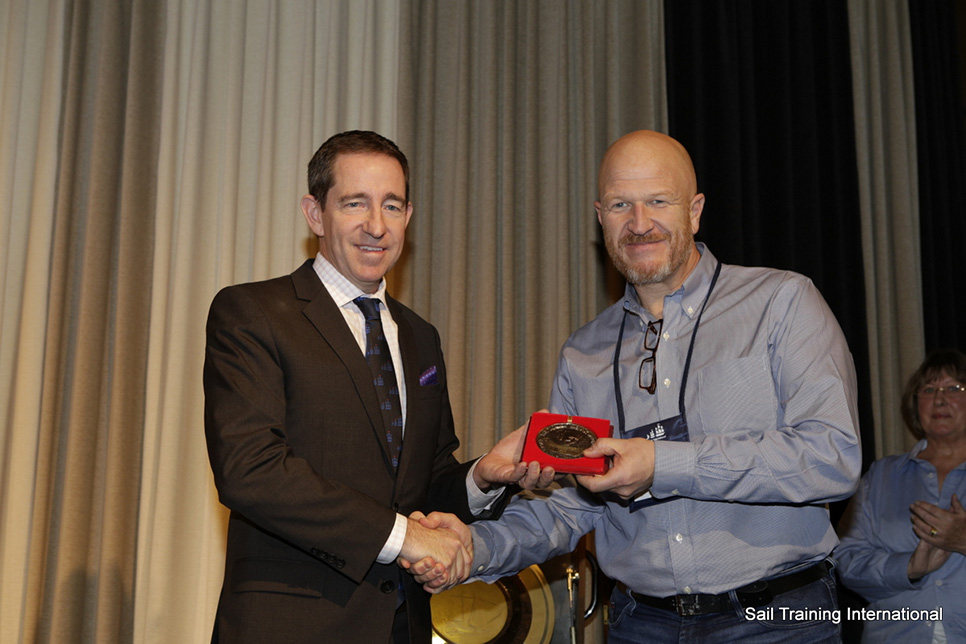 Awarded to an individual who has made an outstanding contribution to international peace and understanding through sail training.

Jostein Haukali was a Board Member, Trustee and great supporter of Sail Training International for a decade and contributed significantly to international understanding and friendship through his unswerving commitment and dedication. 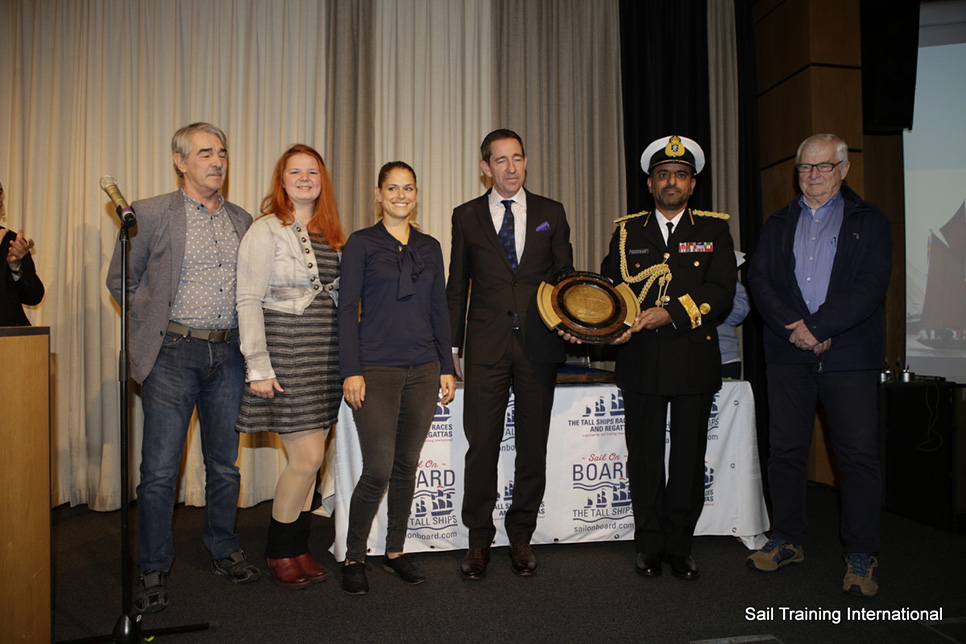 The Royal Navy of Oman (RNO) are old friends of Sail Training International, and for many years now Shabab Oman has been a popular participant in the Tall Ships Races. In addition, over the last six years RNO has donated €300,000 to help disadvantaged young people take part in our events through the Sultanate of Oman Bursary Fund. So far, 534 trainees have benefited from the fund, and RNO has just agreed to continue the scheme next year and then until 2020.

STA Germany was formed in 1984 as the National Sail Training Organisation for Germany and has instigated many inspirational sail training projects on board some of their member vessels such as Franzius and Astarte. They have a substantial national annual bursary scheme which helps young people from their country sail on the Tall Ships Races and Regattas aboard their member vessels. In addition, they allocate significant other funding to support other special sail training initiative. They have around 4,000 personal members who sail aboard their member vessels and contribute to STAG in many ways. STAG raised a substantial amount to the build of Class A ship, Alexander von Humboldt II, which is dedicated to sail training.